Greene Repented, Admitted Past Comments Were A Mistake: Got Standing Ovation For Disavoing Q, And Then They Strip Her Of Powers Anyway

She has been in the House for 1 Month and a day.

Then the House votes to strip her of her committee assignments

That will teach you Q type folks!   Better stay quiet or you will be attacked by the mob.

"Will we allow the media, that is just as guilty as QAnon of presenting truth and lies, to divide us?" Greene asked, drawing sharp rebuke from House Rules Committee Chairman Jim McGovern (D-MA) who called the comparison "beyond the pale." LOL McGovern apparently believes that a few lies from a Q source that may be dozens of people....is larger than the 1000's of lies promoted by MSM. 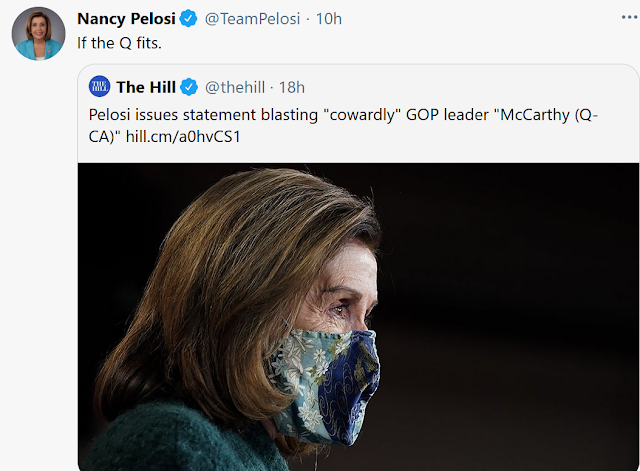