Kamala Harris Speaks At Black History Month -- On Youtube Comments Are Turned On, For a WHILE, Then Censored. But I grabbed a Bunch Of Them. Real America Knows Harris and Biden Were Installed, Not Elected 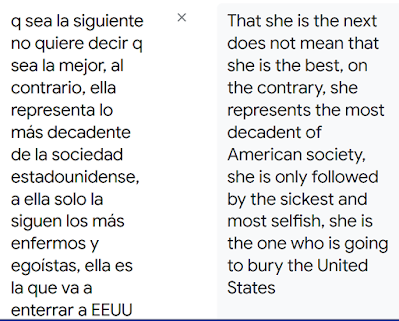 stock here -- you will see less and less comments turned on for anything Biden or
Harris.

Drop your own comments dear readers

And look at this translated comments by a Hispanic....I am amazed that brown people can even get on the internet, sarc

"I believe them and I respect them being able to tell their story and having the courage to do it," Harris said at a presidential campaign event in Nevada.

Watch the Propaganda here, and at the bottom a poem by acd "A Splendid Shower of Light", let us pray for love and light to return to our world!