Why Is Biden Always Squinting Either Eye with Other Eye Half Closed, or Full Squint On Both Eyes -- Combination Of Medical Conditions and Drugs to Pump Him Up 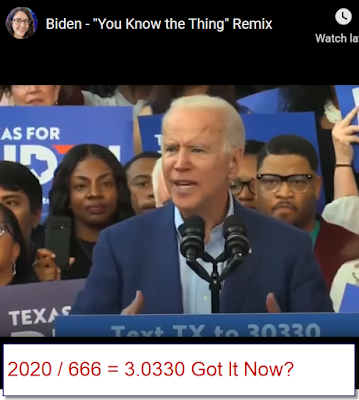 We all know "the big guy" has been in over his head for a while.    We also postulated in these pages that he was on a cocktail of drugs, and maybe his condition in worsening and the drugs are just not that effective any more.

These drugs may be causing side effects such as the weird squinting that he is always doing.

This weird squinting can also be caused by a panic attack.   They talked him into this "presidency" and assured him support of the entire Cabal.   But even with that, and worsening medical conditions, he is scared shitless of making even worse gaffs than he has.

The Big Guy is having Panic Attacks among also drug interactions.

My article from 2020 with theory of Biden being on Cocktail of Adderall, Xanax, and Amphetamine.

The above theory is supported by medical effects of Amphetamine...dilation of the pupils (expansion of pupils, letting too much light in)

If you watch Biden’s cognitive performances on stage when he appears lucid he is squinting and blinking nonstop. Based on his performance he is likely on a type of amphetamine because none of the other drugs producing mydriasis (i.e. pupil dilation) would produce cognitive enhancement. Amphetamines dilate the pupils and cause the squinting and blinking (photophobia). Another feature observed was the stage lighting for Biden is being subdued and this is very abnormal for this type of performance.

Some have said that he squints in order to read the teleprompter.   Hard to believe they can't make a large enough font on that.    But it also wouldn't make any sense that sometimes he squints one eye almost completely, and one eye halfway.

Having a panic attack involves the whole body so it is not surprising that the symptoms associated with it can originate from any part of the body.

You may see stars or movements out of the corner of your eyes that don’t exist. You may also see flashing lights in your eyes or your vision may seem almost kaleidoscope-like. Sometimes you may feel that there is a dark object or something just on the outside edge of your vision, or that your vision is narrowing.

It seems your vision is blurry or out of focus, and it’s more apparent now than before.

There are times when your eyes seem more sensitive to light than at others, even to a point of regular light being too bright so that you have to wear sunglasses or squint.

You feel as though your eyes are either always dry, constantly watering or itchy. And often, your eyes are red or ‘glossy’ looking. Even a good night’s rest doesn’t help.

Normal tasks seem hard to focus on, or that your concentration is a lot shorter now than before. You may also start something, and uncharacteristically forget what you were doing soon after. You may also have difficulty remembering where you placed things, who you just called, or what you were looking for or thinking about.

Your mind is racing all the time, and it never stops its chatter. Even when you are trying to relax your mind is going a million miles and hour. Sometimes songs will pop up that you can’t get out or your mind, and you sing them all day long.