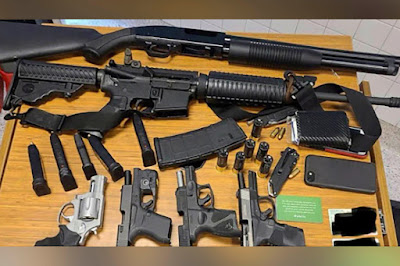 False Flag alert!  Drop your comments please, spread the word.
WAPO reported this on march 24th, 4 days ago.   But now suddenly today, Sunday, it is on all the news feeds?
https://www.washingtonpost.com/nation/2021/03/25/atlanta-rico-marley-guns-publix/ 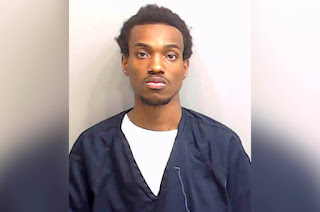 So basically, he was put up to this task, but he was doing nothing illegal.   I guess they had to show that snitch citizens and armed "ballistic" officers (militarization of police is "good") can actually work.
Even though 7 recent mass murderers were all on the FBIs radar, they failed to stop any of them. 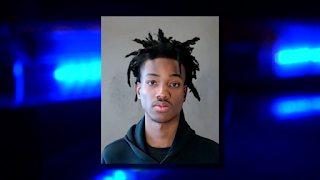 Then they charge the guy with "conspiracy" to commit a felony, and then possession of 5 firearms in a felony.

Uh there were 6.   Why can't they get basic facts right?

Obviously they have no proof of any intent to commit a felony, so the case will go nowhere.

If you believe the "scary picture",  the shotgun has no sling, so apparently he intended on carrying this with two hands while operating all the other weapons.   I also see 6 shot gun shells and 3 loose bullets, apparently these were kicking around in his pockets....or more plausibly, they were just staged to make the picture more scary.   Shame!

But the gun grabbing agenda is there and supported by this farce.  Got any time to check this guys social media....surely all been scrubbed before anything happened.

Oh yeah, when I intend to shoot up a store I bog myself down with excessive weapons, instead of magazines, and then in final prep, the AR15 is too big to lean up by the toilet, so I set it on a wall outside the toilet enclosure....yeah right.

The story indicates that one officer responded, but then that officer says "the suspect seemed surprised when we were that close to him".   We?

Bullshit out of the gate.

And you remember the "Quinn" coincidences from that mysterious Explosion in the mobile home?      Why Quinn again here? 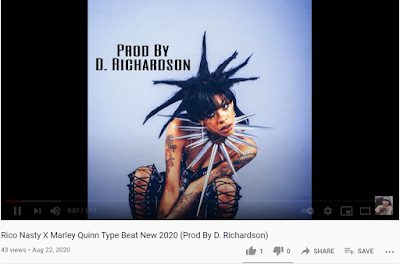