Early Warning -- The Federalist Appears To Be Controlled Opposition, and Maybe Always Has Been 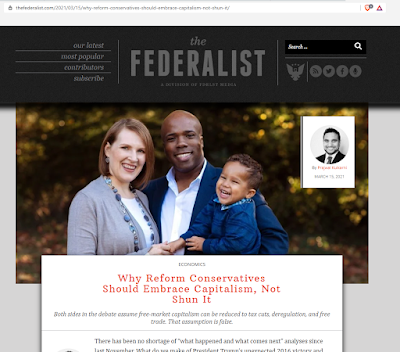 For years, the funding behind the right-wing, pro-Trump publication The Federalist has been a total mystery. Many Twitter users have asked the website’s leaders, repeatedly, “Who funds The Federalist?” only to be blocked by the likes of publisher Ben Domenech, co-founder Sean Davis, or senior editor Mollie Hemingway. (This author is blocked by all three.)

Last year, Hemingway characterized the question as “a kind of a veiled threat” and a “clear, coordinated attempt to silence The Federalist.

However, a few months earlier, The Federalist’s affiliated nonprofit, FDRLST Media Foundation, had been certified as a 501(c)(3) charity by the Internal Revenue Service, meaning that donors could begin making tax-deductible contributions to the foundation. If the donor was a nonprofit organization like a family foundation or trade association, its grants to the FDRLST Media Foundation would eventually be part of the public record. Hemingway is a director and “governor” of the foundation.

Last week, CMD obtained the 2019 tax records of two right-wing funders who donated to the FDRLST Media Foundation that year: GOP megadonor and shipping supply billionaire Richard Uihlein and DonorsTrust, a donor-advised fund manager that has been dubbed “the dark money ATM” of the conservative movement.