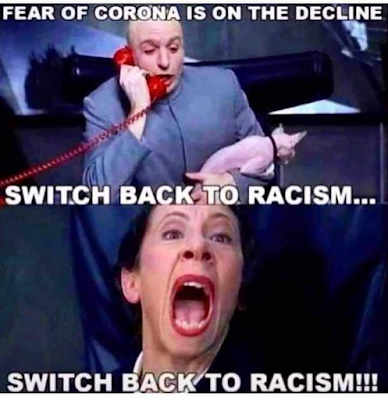 HUGO TALKS -- the man speaks well during this engrossing "heads up" about the subject, courtesy of the Danish government.

For the Empire, truth as such has no meaning. An operation is successful or it is not – and that is all. There is no ‘Yes…but was it true?’ The Empire aspires to global hegemony and it works though blood, guns, drugs and money. It aspires to ‘control the narrative’ and fight ‘disinformation’ which is its way of countering ‘alternative’ (ie truthful) narratives. The Empire always has to create delusion. It cannot be defeated in war. It aims for ever greater ‘security’ and surveillance, whereby it can crush alternative  narratives. The new UK intel report shows this.

It declares, We must… develop an ‘unblinking eye’, focused on our target audiences” on a continuous, round-the-clock basis. The Eye of Sauron is now looking at you, on a 24/7 basis!

“We will increase societal resilience in the UK to all forms of disinformation,” the Review asserts. “Investment in the government’s behavioural science expertise, horizon-scanning and strategic communications will also help us to improve our response to disinformation campaigns.”

Given that “wars continue to be won in people’s minds,” the internet has become “an integral part of the 21st century battlefield,” so both physical and virtual operations must be “coordinated, communicated and amplified, to deliver cognitive impacts.”

Fully dedicated to Eternal War, The British army has developed its ‘Integrated Operating Concept for 2025’ which reinforces this unsettling interpretation: “Old distinctions between ‘peace’ and ‘war’, ‘public’ and ‘private’, ‘foreign’ and ‘domestic’ and ‘state’ and ‘nonstate’ are increasingly out of date.”

2013—“The abundance of data, digitally tracking and linking people may mean the ‘death of privacy’ and may replace physical interaction with transient, virtual connection, generating isolation and raising questions of how values are shaped in virtual networks…”

At the 2013 Global Health Summit in Beijing, China, 112 key individuals from governments, the private sector, international organizations, and other groups, met to discuss how the next 100 years of global health may look. The summit released a white paper, titled: Dreaming the Future of Health for the Next 100 Years, which was funded by the Rockefeller Foundation.

In a section of the report that detailed what the participants were relatively certain of, there is a description of life that has many similarities to what has transpired in response to Covid, including isolation and an increasingly virtual life:

“The abundance of data, digitally tracking and linking people may mean the ‘death of privacy’ and may replace physical interaction with transient, virtual connection, generating isolation and raising questions of how values are shaped in virtual networks…

Education will undergo major transformation due to convergence of insights from cognitive psychology and new online tools (chunking, crowdsourcing, chatrooms, mass open online courses) creating learning spaces in the ‘many to many’ forms of peer to peer learning, outside formal classrooms” (p.8).

FINALLY, I take a peek back at Kalifornication:

They will not stop with this constant fear-mongering propaganda.  What exactly are they gearing up for here. We know we aren’t being fed the truth.

Now, a mainstream media source is claiming that two coronavirus strains first detected in California are now officially “variants of concern,” according to the US Centers for Disease Control and Prevention.

>The variants may be about 20% more transmissible, the CDC said, citing early research. Some Covid-19 treatments (like the experimental gene therapies intentionally mislabeled as vaccines) may also be less effective against the strains. Still, the CDC didn’t say that vaccines would stop working against them.

And yet, they don’t officially work against COVID-19 the original, and they have flat out said so.

This is where critical thinking comes in. Sure, many have given up, but in this day and age, it’s imperative to use it:

So if you get the vaccine, you still can’t be around people who might have COVID because you can still get COVID? That means the vaccine doesn’t work.  If it does work, there should be no fear of anyone who’s been infected. I think based solely on these tyrants’ own words, we know this “vaccine” isn’t what it seems. –SHTFPlan

We all better wake up and quick.

Still, health officials are concerned that some treatments may not work as well against the variants, which are officially called B.1.427 and B.1.429. Scientists have been monitoring the strains closely in California over the past few months. -CNN

Are they setting us up for another lockdown so they can blame it on the lifting of restrictions and further destroy what’s left of small businesses? Or are they planning something more sinister, such as something that is actually devastating to humanity? These are simply questions we should all be asking. We know we are being lied to and we know that this slave state created for us is only a reality because they continue to tell us it is.

Use your discernment and critical thinking in the coming months and perhaps the whole year.  I firmly believe that within that time, we are all going to need those skills.  The propaganda and disinformation is getting obvious and more “predictive” by the day.

Stay prepared, and remain alert so we know what to expect. Personally, I am taking this time to boost my immune system naturally. It sure looks like they are pulling out all the stops.

Vaccines, "booster shots", frequent "testing", "health passports", increasing repression of those who say "none of the above".  As TP$TB have for centuries, (((they))) outrun, outgun, and increasingly, shun us.

Be aware, forearmed.  Unlike Rachel Corrie, do get out of the way of the tank coming at you.