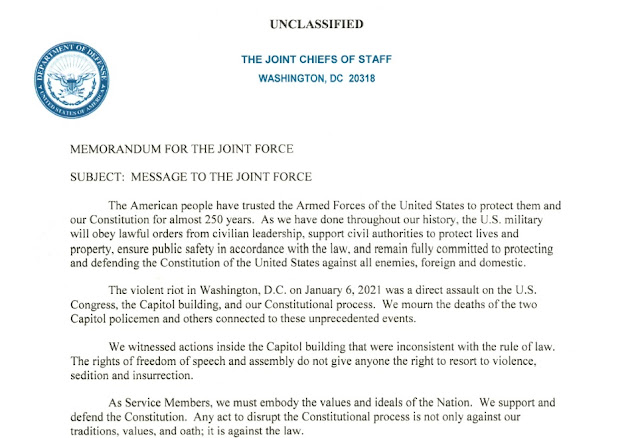 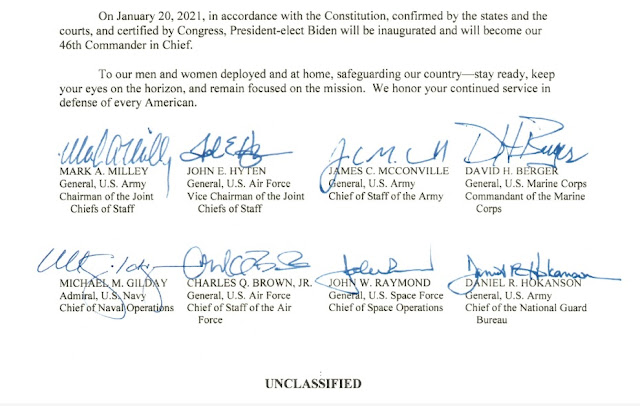 The views are quite different between this Teaparty site
https://www.teaparty247.org/joint-chiefs-of-staff-issue-this-military-wide-memo-on-who-will-become-next-president/
And this DC Moms site
https://www.dcurbanmom.com/jforum/posts/list/941083.page
The military guys I have spoke with while in Hawaii have mostly expressed an interest in staying apolitical, and to most most on guard when most people are distracted.
You want to get into the heads of DC liberals....great site for that...suggest Pepto Bismal or Johnny Walker double black before though....this on Critical Race Theory
https://www.dcurbanmom.com/jforum/posts/list/951618.page
"

Gen. McConville, nom for Army CoS, testifies before SASC w/ family behind him, R-L: Son, just promoted to captain this morning, daughter who appears to serve in a medical corps, son-in-law just completed Ranger School, son, aviator, and his wife, whom he praised for her support pic.twitter.com/7K4XJqwxFx