A Dearth of World Wide Earthquakes, And Unusual Activity In Hawaii, Calling For a 7.5Mag Plus Including Deep Quake over the Next 2 Weeks

Coronal Hole energy expected to arrive soonish, and followed by yesterdays small CME (pushing snow in front of a fast shovel, building up energy and magnetism) ---I expect some rocking and rolling this weekend.

Odd, In the second graphic, this EQ is exactly the location of the Magma Chamber, but that is at 30km to 40km deep.   This Quake is right below the surface, so it is like a ground level subsidence over the magma chamber, as if a bunch of magma moved up and out?    Time will tell.

I am sure the inflation meters at Moana Loa are showing increases, but these are not part of my methods, so I pretty much ignore them.

I am expecting a huge amount of Vulcanism this year.   The magma chambers are primed.   I think it has to so with the ionic states of silica in certain basaltic magmas, as influenced by GCRs, but have not really had time to investigate the causative mechanism. 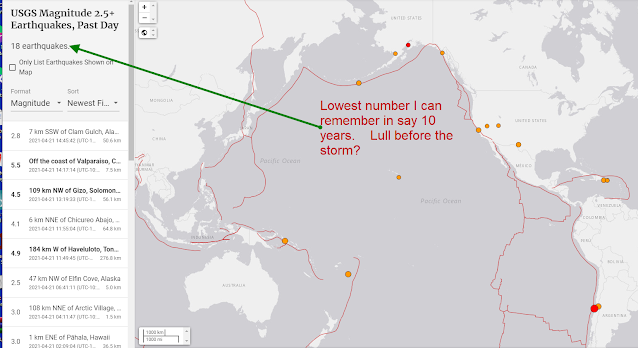 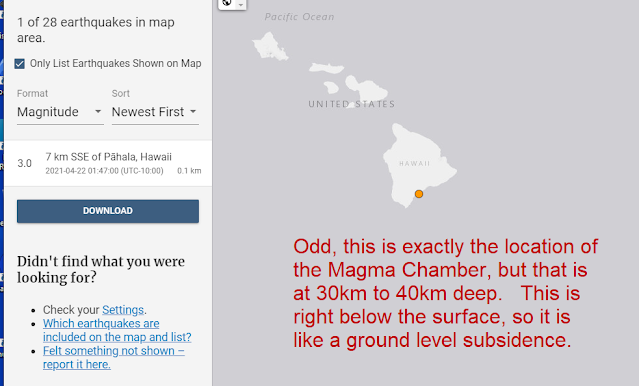