Follow The Science: By Adding 1 Enzyme "Integrase" Into The mRNA Gene Therapies, They Can Change The DNA Of All The Cells In Your Body and Brain 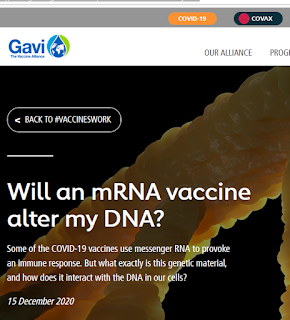 stock here: I wasn't sure about this issue, so did the research.    And of course Bill 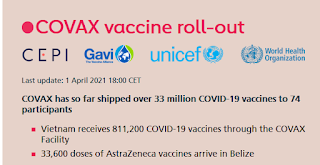 Gates is a key founding member of GAVI, and all of these sadistic but profitable crimes.
Look at the Cast of Characters.   And Gates just gave GAVI $1,500,000,000 in order to assure widespread COVID vaccination, including "messaging support", LOL like messenger RNA.
-------------------------------------------------
The mRNA "vaccines" in their current form, cannot change your cellular DNA.
But in order to invade every cell, it requires just a simple addition of a catalyst called Integrase.
Part of the junk "Debunks" against the mRNA starts with a lie out of the gate....they claim that the  mRNA cannot even enter the cells.   And that is a bald faced lie.
This GAVI Virology magazine carries water for the Cabal, while at the same time providing the truth....you know what they say about the best lies contain an element of the truth.
https://www.gavi.org/vaccineswork/will-mrna-vaccine-alter-my-dna

However, mRNA isn’t the same as DNA, and it can’t combine with our DNA to change our genetic code. It is also relatively fragile, and will only hang around inside a cell for about 72 hours, before being degraded.

Some viruses like HIV can integrate their genetic material into the DNA of their hosts, but this isn’t true of all viruses, and HIV can only do so with the help of specialised enzymes that it carries with it. MRNA vaccines don’t carry these enzymes, so there is no risk of the genetic material they contain altering our DNA.