Mass Media Is Complicit In The Destruction of America, An Editorial 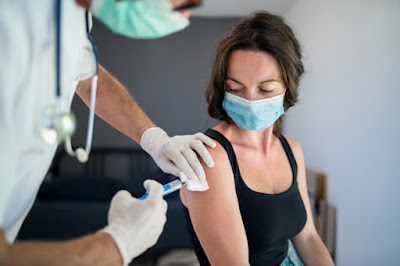 Of course, most Americans support anyone who writes or comments about anything in our society. It is called "freedom of speech."

Freedom of speech is the only way you can maintain a representative democracy, especially in the absence of the mainstream media that has abandoned journalism altogether. But, there are no longer the checks and balances designed for our system of governance to make politicians accountable for their illegalities, misdirection, manipulation, and shortcomings, to say the least.

The corporate-owned mainstream media, and we all know who the offenders are, have purposely surrendered their responsibility to expose the corrupt, illegal, and unethical practices of a political party in their support of that party.

With the elimination of objective journalism to expose corruption and illegality, wherever it may hide, and the population's inability to obtain that information, voters' decisions are affected.

According to a report from the Media Research Center:

"The survey results report that 17 percent of Biden voters would not have voted for the Biden-Harris presidential ticket if they had known about at least one of the eight news stories that were suppressed by big tech and mainstream media outlets".

The "fourth estate" was ingeniously included in our Constitution in the actual mention of a "free press" by our founders.

These brilliant people knew that in the absence of a free press, power corrupts, the people would not know when a politician or an entire political class violated the law, their oath to The Constitution, or tried to usurp our form of government altogether. You could make an argument that this is now happening in real-time.

In the absence of a free, objective press, you have tyranny and destruction of our God-given constitutional rights.

How many of your First Amendment rights have been violated in the last eighteen months alone?

"Congress shall make no law respecting an establishment of religion, or prohibiting the free exercise thereof; or abridging the freedom of speech, or of the press; or the right of the people peaceably to assemble, and to petition the Government for a redress of grievances."

If you feel compelled to support your party or candidate regardless of the corruption, illegalities, and violation of the oath our politicians took in defending The Constitution, that is your right. Still, every citizen should have the critical information to make that choice nonetheless.

Of course, if you have ideas and platforms that the American public agrees with and articulate those to the population, you are elected and receive the power we grant you. In the absence of these ideas, the only way to maintain power is through corruption. And, when the mainstream media refuses to expose this degradation, our representative republic's destruction proceeds.

We knew Biden or his puppet masters would open the southern border and try to entice future Communist Democratic voters to come. How else could they stem the tide of negative public opinion against them and the way they govern? They need an expanded leftist voter base to maintain political power and accomplish this through a demographic shift rather than policy positions. Logically, if the voters supported their approach and methods, they would not have to change the country's demographics in the first place.

Other than the immediate and permanent change to our country's demographics not reported by the mainstream media, what every American should also be concerned about are the conditions of, and growing population of the now government-dependent illegal aliens in inhumane holding cells on our southern border.

Not only is the mainstream media not interested in these stories because it would affect the sentiment against their party and president, but the government itself will not allow independent journalists to view and document this calamity.

These actions can only be classified as pure censorship and perpetrated by your ruling class and their co-conspirators, the mainstream media.

The women and children's plight of making it to the border can only be described as a harrowing and deadly experience, never mind their current living conditions resembling livestock. Of course, you can thank the Biden Administration's "open invitation" for this, and if you voted for this potato because "orange man bad," you are culpable as well.

This catastrophe is the destruction and death of innocent lives, families torn apart, cartels and coyotes making billions, terrorists walking unchecked over the border, and the literal killing of our youth with open drug smuggling.

For our intellectually challenged Communist Democrat Representative Alexandria Ocasio-Cortez to understand what we say above, we'll translate it for her:

"Oopsie AOC, you and your ilk made a boo-boo at the border."

You will not see the reports about the number of young children and women raped or the six-month-old who was thrown into the Rio Grande River by human traffickers and saved by The Border Patrol. And if you do, it will most likely be on the chyron, below one of these moronic mainstream talking heads, because an open, honest report would adversely affect the American public and turn the narrative against the now communist administration. The mainstream will not allow this.

We demand to know how many young children and women were raped during their "trail of tears." How many were murdered or died? We want to see the interviews with the victims, the videos, the pictures, and we want to know where AOC's crocodile tears are now with the plight of so many "people of color."

Unfortunately, we are at a point where narrative and propaganda take precedence over human life. Our values as Americans are compromised because of the quest for a corrupt political party's all-consuming power, and mainstream media refuses to report on it.

If any of these issues were investigated objectively and competently, the ill-informed, low-information voter's reaction would be outrage. Because these voters cannot cognitively determine that they are watching and listening to propaganda, it does not generate the required pushback against the Communist Democrats committing these "crimes against humanity."

We have a puppet potato for a president, controlled by communists, domestic and abroad, and propagandized with mainstream media's help. These inhumane policies, based purely on politics and power, will continue. We have forgotten what America and Americans stand for.