Let me repeat, a discovery of mine that is NOT YET in "mainstream alternative 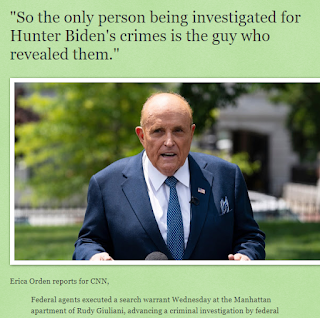 news" MAN your killing me.
Ukraine is very important to all current world events.   The Ashkenazi seized power in Ukraine.   Ukraine also has substantial fossil fuel reserves, and thus easy to create wealth, at least for the wealthy.
https://www.nukepro.net/2021/04/interesting-connection-between.html

Here is the Current Story, allowed by the new  Attorney General Merrick Garland.
Garland was born on 11-13...any numerologists connect that up to 311 a 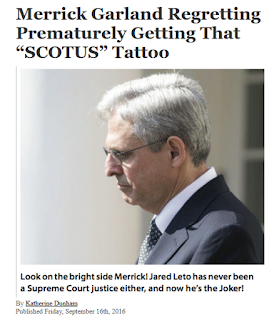 day of infamy.   And he was a Harvard Skull and Bones guy.

And Garland was a judge in DC for 24 years, pretty much spent his career as a judge in the most corrupt and psychopathic place we know of.
Garland was the Supreme Court nominee by Obama after they snuffed off Scalia who was reported found with a pillow over his face at that remote hunting ranch.   Note he was blocked for 10 months by Republicans.
Apparently, so it doesn't look like the Biden entity is doing too many executive orders, the Attorney General can now reverse presidential executive orders by writing a memo, and he has as of today....created full funding to sanctuary cities even if they refuse to cooperate with ICE.   Seriously.
https://thehill.com/homenews/administration/550675-doj-rescinds-trump-era-sanctuary-cities-policy
Not sure if this is parody or real....Garland was a Skull and Bones guy, and reportedly he got a Skull and Bones tattoo after being nominated for supreme court.   I guess to show loyalty to the society.
----------------------------------------------------------------------
With large legal cash flows comes the ability to harbor large illegal cash flows.   Also to just buy influence through bogus money transfer hid under the guise of board memberships.   Similar in America to "book deals" and "making movies for Netflix".   It really is this simple to identify to key criminals that are pushing the anti-American agenda.
Confused by the Ashkenazi comment?   Read here and do your own research.
Oh and poor little Marie Yoyanivitch, you remember the US Ukraine ambassador that was removed early even though she was leaving?   They are now pretending that Ukranian wanted her to be removed and therefore the put Guilliani "up to" lobbying Trump to remove her.
She was a real piece of work, and did her own lengthy hit job on Trump, along with that other piece of shit guy (Kent), which is all pretty well documented herein.   Its easier to see the Bullshit when watching and documenting in real time.   Although sometimes it is easier to see it in the rear view mirror.
Here is the debunk on Kent's 355 page long hit job.
https://www.nukepro.net/2019/11/takedown-breakdown-of-anti-trump.html
Here is some analysis of lil Marie Yoyanovich.   She was leaving her job anyway, but was terminated early, and they pretend it was caused by 4 "smears", except that the supposed smears were actually all true.    Sheesh!
https://www.nukepro.net/2019/11/establishment-pretends-that-ukraine.html
When an entire corrupt country is taken over by the Ashkenazi, and the entire American embassy staff are rabid anti-Trumpers....and when Bidens are profiting handsomely while getting top investigators fired and bragging about it.    Hmmmm
Posted by Stock at 12:39 PM