stock here:  Here is the "study" that Amazing Polly is ripping apart as Academic Propaganda with the intent of attacking truth so the truth tellers can be discredited.

Then they cite another source who “argues that increasing fact-checking or levels of scientific literacy is insufficient for fighting alternative facts.” To them, anti-maskers “value unmediated access to information and privilege personal research and direct reading over ‘expert’ interpretations.” Bingo! aka No Shit Sherlock!

So, we distrust elites and the medical establishment, preferring instead to get the accurate, hard data ourselves and interpret it in a common-sense, rational way. And we must be stopped, apparently. Oh, the humanity!

And their cite (52) seems to be able to sum it up nicely.....
Hochschild [52] explains the intractable partisan rift in American politics by emphasizing the importance of a “deep story”: a subjective prism that people use in order to make sense of the world and guide the way they vote. For Tea Party activists, this deep story revolved around anger towards a federal system ruled by liberal elites who pander to the interests of ethnic and religious minorities, while curtailing the advantages that White, Christian traditionalists view as their American birthright. We argue that the anti-maskers’ deep story draws from similar wells of resentment, but adds a particular emphasis on the usurpation of scientific knowledge by a paternalistic, condescending elite that expects intellectual subservience rather than critical thinking from the lay public
So they call themselves out most perfectly!   Tone deaf and hypocritical spring to mind, front and center, balanced and forlorn.
Here is one of the authors of this "study".   And you can email him at the link
below.   He is the "most frequent co-author" of Gabrielle D Inchoco, and she cites him more than anyone else.   Although this looks like Inchoco's first and only article.
----------------------------------------- 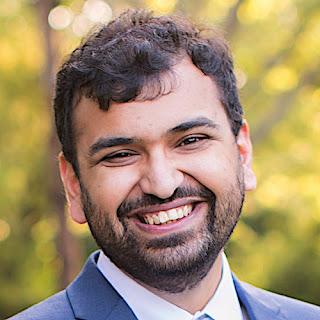 This guy seems the eldest and a professor, so maybe he is the leader of this "group of authors"
https://arvindsatya.com/
Here is not just one of his favorite tweets but a "promoted tweet"
Arvind Satyanarayan Retweeted

Dr. Stevie Chancellor
@snchancellor
·
1h
Adding 3) euphemisms and coded language to describe harassment and abuse do not mean ambiguous or unclear signals. What they mean is there is an iceberg beneath what I'm saying and I need to make sure you're safe before I proceed (see 2, because you don't signal trustworthy). 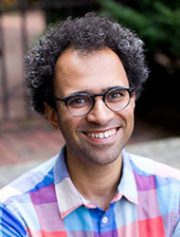 He is a cultural and linguistic anthropologist who explores how people use language and other media to enact expertise in practice, performance, and interaction 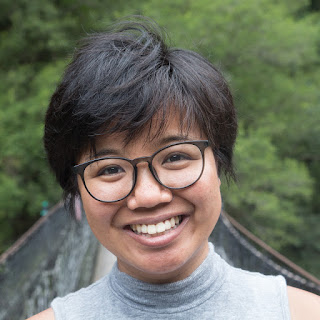 I read the paper. You've described it accurately.

I was in academic science once. I'd like to think that if I'd stared an epiphany in the face for as long as these people did, I'd have actually *had* the epiphany. Somehow, they didn't -- or at least, none of them are admitting it. So many damaging quotes in the paper. It's almost like someone is blinking at us in morse code.
Posted by Stock at 8:02 PM