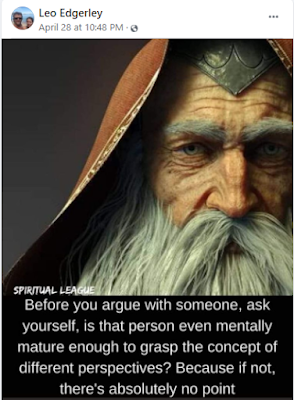 A True believer posted a long rant against Trump, all the standard talking points, ending
with the "No other president has ever created an insurrection against the USA"....to which I replied.

To the right is a post on his FB page.  And then look at his response at the bottom herein!  Amazing, is that projection or denial.

He later removed his post entirely after threatening me with Facebook jail.   Replies to posts that are removed get removed too, but I preserved them for your amusement.

An insurrection against strong USA takes decades! First you must deplete the wealth, then you must sissify the military, then you must demonize the white male Christian and promote transgenderism, you pretty much need to kick religion out of every facet of our lives. then you need to install manipulatable "agents" at many levels of prosecution, judges, and of course the intelligence agencies. Achieving blackmailable "clients" via honeypots and the like would also help the insurrection to move forward. Of course controlling every aspect of Media and Social Media is also important. Hopefully

Hopefully the decades of dumbing down of the school curriculum, via common core, highly promoting by none other than Bill Gates, and installing a perverted liberal agenda (not the original liberal values which were pretty good for the most part), and the manipulation of "proper opinion" by the college admissions officers....well hopefully all those have set the scene. Shall we talk fluoride in the big cities where the greatest travesties are occurring? Taking 4 to 8 IQ points off the babies whose mom drank fluoridated water.
Now we have set the scene for an "insurrection" for the defacto take over of the USA without so much as a single atom bomb.
Got it? I look forward to your well reasoned response
_____________________________ Below is his well reasoned response 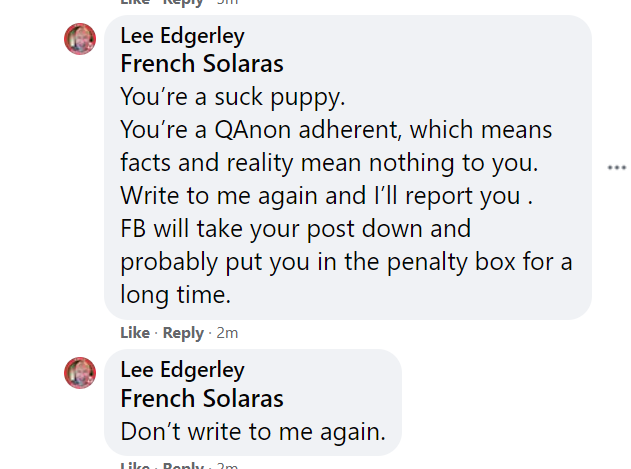