Syria: Presdient Gets Undisputed 95% of Votes, But Jew Owned Media Says That He Kills Babies. Maybe Western Imperialist Slaughter Needs a Looking At

stock here, I ran with the Syria  95% of election votes a few days ago 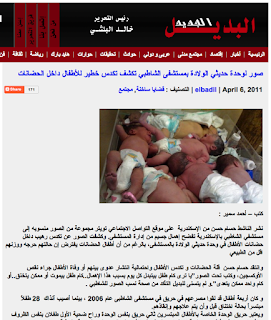 And an author on my blog list chimed in with their own story, below the dashed line below.
Under the Biden Entity, USA will continue to be directed to slaughter, and in Syria, but they will so it by "Proxy".
Eff these bastards that kill just to push their own agenda, power, privilege
And looking back, it was shameful, "they" used emotional Ivanka to get to Trump and convince him that Assad had used Sarin Gas against "Babies".   Although I haven't followed middle east stuff much, I remember outing this as so much bullshit at the time.     A raving lunatic might do such a thing, but I remember watching a video of Assad and he was well presented and well spoken.   But it worked to get Trump to launch some missiles. 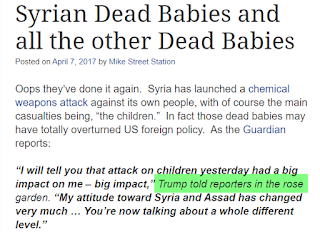 Most westerners know that Bush and his allies destroyed Iraq, while hardly any westerners know Obama and his allies destroyed Syria. That right there tells you why we haven’t seen any full-scale US ground invasions lately. America’s solution to the PR crisis caused by the horrific consequences of its military interventionism has been to switch to preferencing sanctions, blockades, and proxy wars where violence is outsourced to other powers so the US doesn’t take the blame.

Syria is a perfect example of this new model of imperialist slaughter. The US power alliance absolutely demolished that country by arming jihadist proxy forces and then sanctioning the hell out of it to keep it from rebuilding, all with the goal of eventually toppling Damascus, but the general public is completely unaware of this.

And make no mistake, good PR is absolutely essential to the operation of the empire. They don’t pour that much energy into manufacturing consent because it’s fun, they do it because they have to. You can’t rule a managed democracy without good perception management.

The need to avoid bad PR fallouts is why Bush-era “Hulk smash” ground invasions are largely a thing of the past. It’s also why the US empire now has a secretary of state who vocally supports the new model of subtler imperialist butchery:
-------------------------------------------------- stock here, I didn't understand the Biden Blinken meme until now. I thought it was because Biden was always squinting and blinking from all those "eye opening" drugs they pump into him. He is definitely more "on it" then during the fake campaign.

In this insane and libelous clip, @cenkuygur & @AnaKasparian say that I am "paid by the Russians" (Cenk); "seem to be working for" dictators (Ana); and deny chemical attacks on Syrian children (Ana). I don't care about their disdain for me, but I do care about being smeared. pic.twitter.com/PH229NB8SY

Forbes is promoting poor little Ana.....what more do you need to know!

And here is more propaganda from "The Independent"