With AZ Election Audit To Complete We Predicted Some Big False Flags, So "Biden" Bombs a Few Countries In "Self Defense" 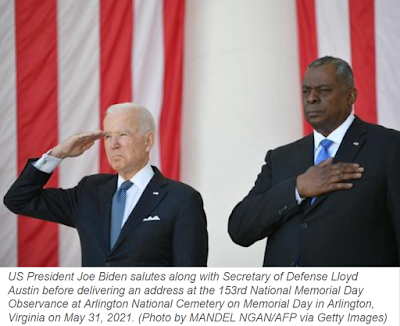 We predicted some big false flags, and the Biden Cabal did not disappoint.

Where do we stand when the Cabal doesn't even pretend to select legal reason for the actions?    I mean we left legal so far in the dustbins of history.

As The Daily Beast's long-time War on Terror reporter Spencer Ackerman put it on Sunday night, discussions of legality at this point are "parody” because when it comes to the U.S.'s Endless Wars in the name of the War on Terror, “we passed Lawful behind many many years ago. Authorization citations are just pretexts written by lawyers who need to pantomime at lawfulness. The U.S. presence in Syria is blatantly illegal. Such things never stop the U.S.” 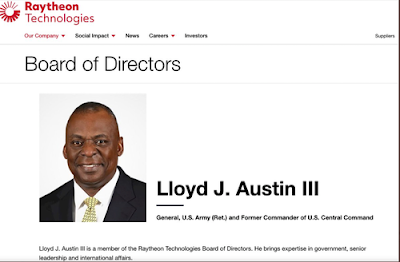 The revolving door between government and the
industries they regulate or contract with has got to be stopped.   The conflict of interest could not be more clear.

To see what frauds they are, watch the first 3 minutes of this CNN interview of Sen.
@MarkWarner
. He came on reciting talking points *defending* Biden's bombing of Syria & Iraq, but soon as
@jaketapper
lightly pressed him, he admitted it was all bullshit:
Quote Tweet

The Lead CNN
@TheLeadCNN
· 19h
"I've seen over my decade-plus a lot of bad plans around Syria. I've never seen any good plan," says Sen. Mark Warner as rockets are fired at a US military base in Syria. "This region has been more than a bit of a mess and chaos literally for the last two decades."
Posted by Stock at 6:04 PM