Sean Penn, Jack Dorsey, and the Assasination of Haiti's President, The Jesuits, and the Florida Building Collapse 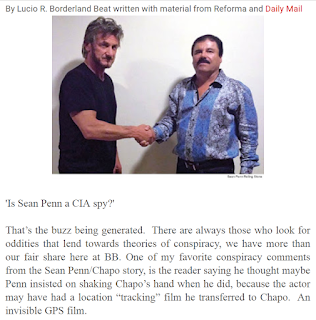 This story got a bit out of hand, or maybe the rabbit hole runs so deep that I didn't get to the end.

The Assassin runs a Building services company, and is a Building Engineer, and also runs a non-profit to "Save The Children" in Haiti.   He runs these out of Florida, and just blocks from where that huge condo collapsed.

He is also linked in with Sean Penn who may be a CIA asset, and runs security for Justin Trudeau in Haiti 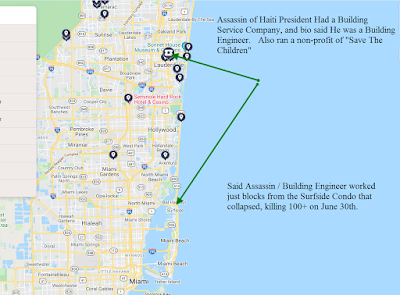 And to get even more odd, it ties in with child trafficking, sexual abuse, the Jesuits, and the Clintons.

And the timing, June 30th Building Collapse and exactly a week later, a Presidential Assassination

And then between those dates, René Sylvestre,  who would have taken the Presidents place, died at 58 after reportedly a short battle with COVID.    VERY SUSPICIOUS.

Sean Penn, sure is not aging well.

And isn't it odd that he and Jack Dorsey were vacationing together on all the acreage that Zuckerberg extorted away from the Hawaiians on Kauai?

Penn is a confirming anti-Trumper, look at the article below.

But here is the connection.   A member of Penn's security detail was involved in the assassination of the President Moise of Haiti.

Jacob Rubenstein if you know what I mean....... 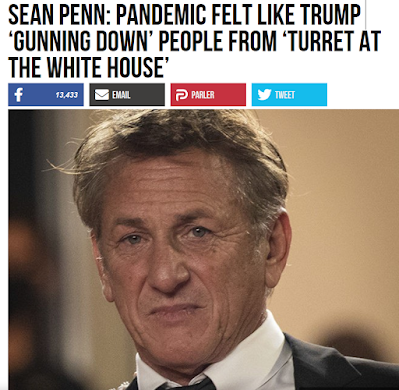 I guess he must be a communist, as well as a liberal shit head.

Penn, it will be remembered, has made repeated visits to the oppressive socialist state and even praised Maduro as South America’s version of Barack Obama. Penn also famously visited former Venezuelan strongman Hugo Chávez several times and happily posed for photo ops with him, lending Cáavez a major propaganda boost.

One of the assassins of the Haiti President worked security for Sean Penn in Haiti.    Kind of hard to not link the Clintons, the stolen money, and the stolen kids who lost their parents.

https://www.nbcnewyork.com/news/national-international/american-arrested-in-killing-of-haiti-president-worked-alongside-sean-penn-after-earthquake/3148248/
The two people said James Solages worked as a driver and in a security capacity for J/P Haitian Relief Organization, which was started by Penn following the magnitude 7.0 earthquake in 2010 that killed more than 300,000 people in the impoverished Caribbean nation.

One of the people said Solages had left the organization, now known as CORE, sometime in 2011. All three people requested anonymity because they were not authorized to discuss the matter publicly.
He ran a non-profit in Florida.    Seems like an odd thing for a criminal assassin type to do.   Their web page was quickly taken down.
https://jacmelfirst.org/
LOL Jac Me First?
BUT I FOUND THEM ON THE WAYBACK MACHINE!
https://web.archive.org/web/20210708174133/https://jacmelfirst.org/about-us/
see bottom for a copy from that page.
More curious is that the assassin who worked for Penn prior, was now, per his own Bio, a Building Engineer, who ran the business with a partner,  Nixon Santerre from the same location as Solages ran a non-profit.    They were just blocks away from the Condo that collapsed.
Three Haitian Americans were listed on two companies Solages registered with the Florida Division of Corporations — Edlyne Jeudy, Jean Milot Berquin and Nixon Santerre, whose LinkedIn page said he works for Save the Children in Haiti. None of the three returned calls and emails requesting comment.
---------------------------------------------------------------
Sean Penn also was linked into "Save The Children"
https://www.huffpost.com/entry/susan-sarandon-demi-moore_n_536120 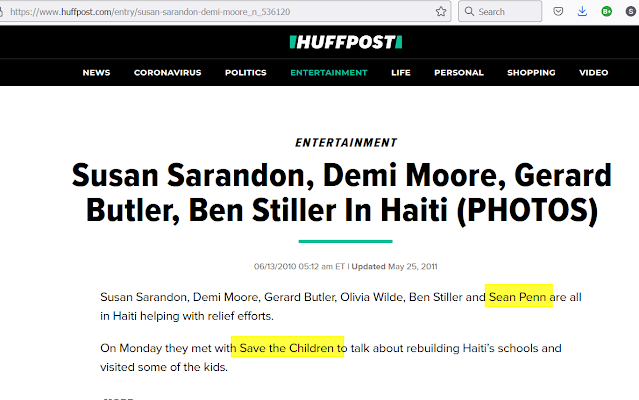 Solages is a Catholic and believed to be controlled via Jesuit corridors.
The Jesuits have been active in Haiti and the Dominican Republic.    Sexual abuse and child and human trafficking have been big business for some time.
https://trance-formation.com/clintons-haiti-swamp-roots-adrenochrome/

And I am just going to do a link dump as I have other activities that must get done today.
Any intrepid open source types out there, feel free to continue digging.
https://www.msn.com/en-us/news/crime/south-florida-men-arrested-in-haiti-assassination-said-they-were-translators-for-operation/ar-AALZ2qi
This link is very detailed
https://www.mintpressnews.com/haiti-suspected-moise-assassins-trained-by-us/277898/ 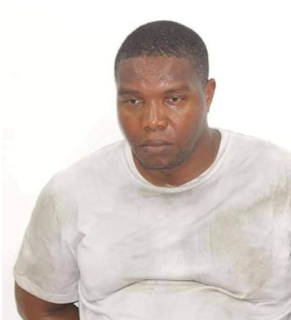 The Board of Directors consist of no more than 5 and no fewer than 3 Directors. The Directors must be in good standing with FWA SA A JACMEL AVAN, INC. and possess verifiable experience in that position.

President of the Board of Directors A Building Engineer specialized in the field of infrastructure development, certified diplomatic agent, driver’s Course, and Protection Course. He was the chief commander of body-guards for The Canadian embassy in Haiti. Currently, Mr. Solages works as a corporate executive serving as a consultant in different locations throughout South Florida. Mr. Solages also serves as a politician promoting his country by focusing on compassion programs and counseling economic development program. Preceding his tenure as a consultant, his career began as a volunteer in different nonprofit organization assisting communities in need and Haiti. Mr. Solages is a youth leader and an advocate for underprivileged kids. Registered Nurse, currently working as the Health & Wellness Director of Carlisle Senior Lifestyle Center, caring for Seniors and managing over 60 employees. Ms. Edlyne is passionate about working and caring for people that even with her busy work schedule, she makes time to volunteer in areas of needs, such as hospice. Based on Ms. Edlyne verifiable experiences, she is responsible for organization health programs, health prevention, including, but not limited, to product donations, volunteer programs, cause-related marketing, and strategic philanthropic relationships. Through these programs and partnerships, Ms. Edlyne team wish to touch many lives, especially children and women in need. She serves on several advisory councils and event committees benefiting Haiti. Mr. Berquin holds a Master’s degree in Journalism and Business, also well recognize as a community leader in Haiti. He is one of the top journalists in his nation and passionate about his country. Mr. Berquin built his career in communication and currently works as CEO of  Telegalaxi-2 a cable TV company in Haiti. Mr. Berquin is a spokesperson who is responsible for establishing partnership opportunities to advance education and instructional support services for students throughout the educational program of the foundation; actively supports various organizations dedicated to international outreach and meaningful interaction between the United States and Haiti. He also loves what he does, and furthermore, enjoys serving his community.