Links to Civilian and Nuclear Accidents, It is a Tragedy and they don't give up even though they blow up all the time, and create ubiquitous pollution


Multiple accidents AT THE SAME SITE in Canada

Here is more from the Johnston Archives of General Radiation Accidents

How many nuclear power plants have had accidents and incidents? Get the full list and find out how they're ranked
• Get the data 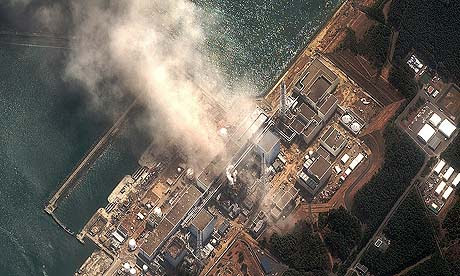 Nuclear power plant accidents: Number three reactor of the Fukushima nuclear plant is seen burning after a blast following an earthquake and tsunami Photograph: Ho/DigitalGlobe
How often do nuclear power plants go wrong? How many accidents and incidents are there?
The explosions and nuclear fuel rods melting at Japan's Fukushima nuclear power plant, following the Sendai earthquake and tsunami last week, have caused fears of what will happen next. Today Japan's nuclear safety agency has raised the nuclear alert level for Japan from four to five - making it two levels lower than the Chernobyl disaster in 1986.
So far, the Japanese authorities have maintained that there is "no cause to fear a major nuclear accident".
We have identified 33 serious incidents and accidents at nuclear power stations since the first recorded one in 1952 at Chalk River in Ontario, Canada.
The information is partially from the International Atomic Energy Authority - which, astonishingly, fails to keep a complete historical database - and partially from reports. Of those we have identified, six happened in the US and five in Japan. The UK and Russia have had three apiece.
Using Google Fusion tables, we've put these on a map, so you can see how they're spread around the globe:
Get the fullscreen version
But how serious are they? The International Atomic Energy Authority ranks them using a special International Nuclear Events Scale (INES) - ranging from 'anomaly' to 'major accident', numbered from 1 to 7.
The events at Fukushima are level 5, so far and there has only been one 7 in history: Chernobyl in 1986. You can see the full ranking system below and on the attached spreadsheet
What can you do with the data?